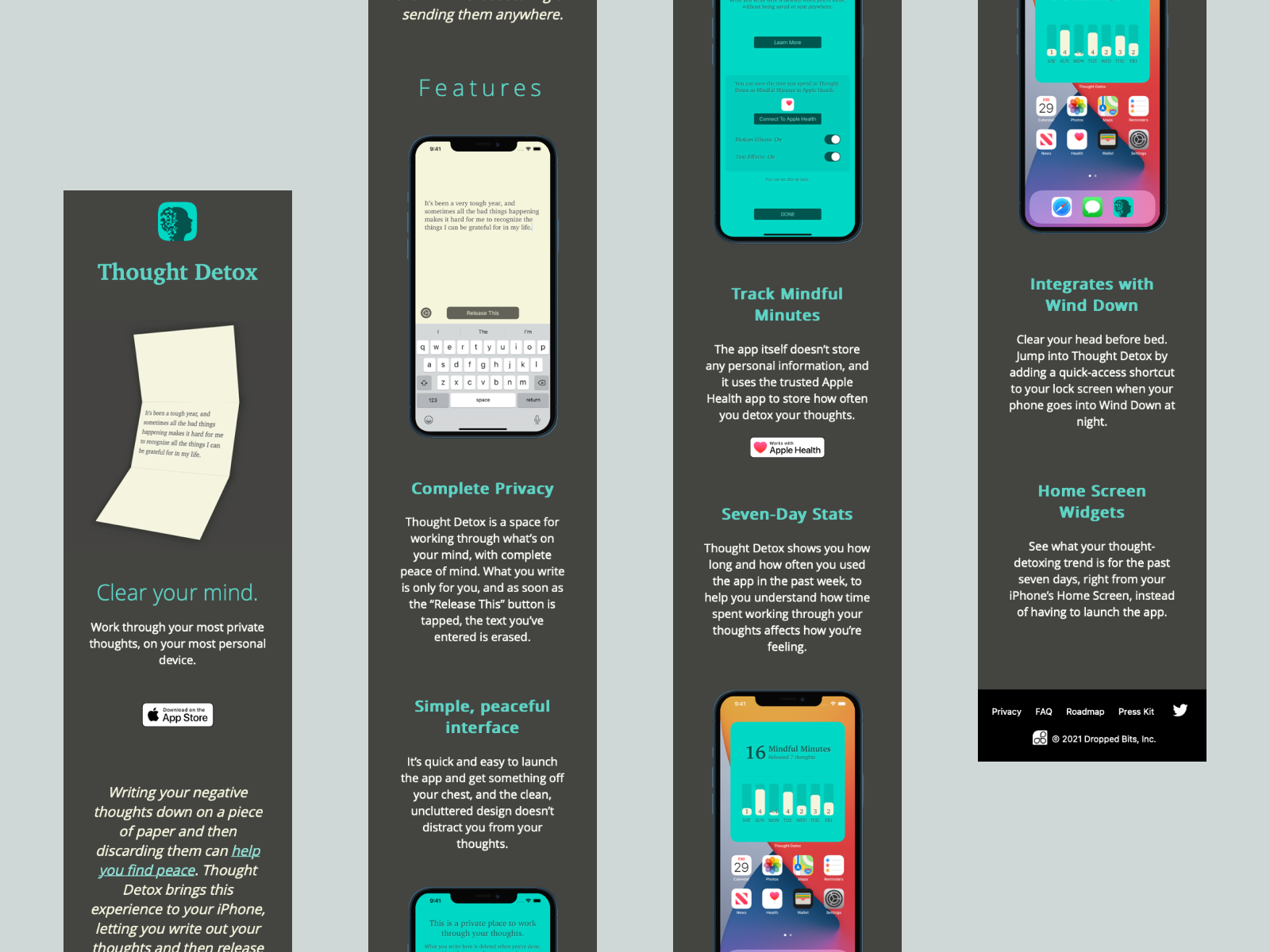 Objective: Design a marketing site for a new iPhone app.

This project involved working with an independent developer to create a marketing site for the launch of a new iPhone app. The goal of the site, beyond providing information for potential users, was to convert at 5%, measured as clicks on the "Download on the App Store" button.

A few options were explored before deciding on a desktop layout that featured alternating text and screenshots in a two-column layout, below a hero section that explained the concept of the app and placed a call to action button ("Download on the App Store") prominently above the fold.

The colour palette from the app itself was used in the website as well, using light text on a dark background.

The light-text-on-dark-background was complemented by choosing clean sans-serif fonts. Marketing copy was provided by the developer for the final design. 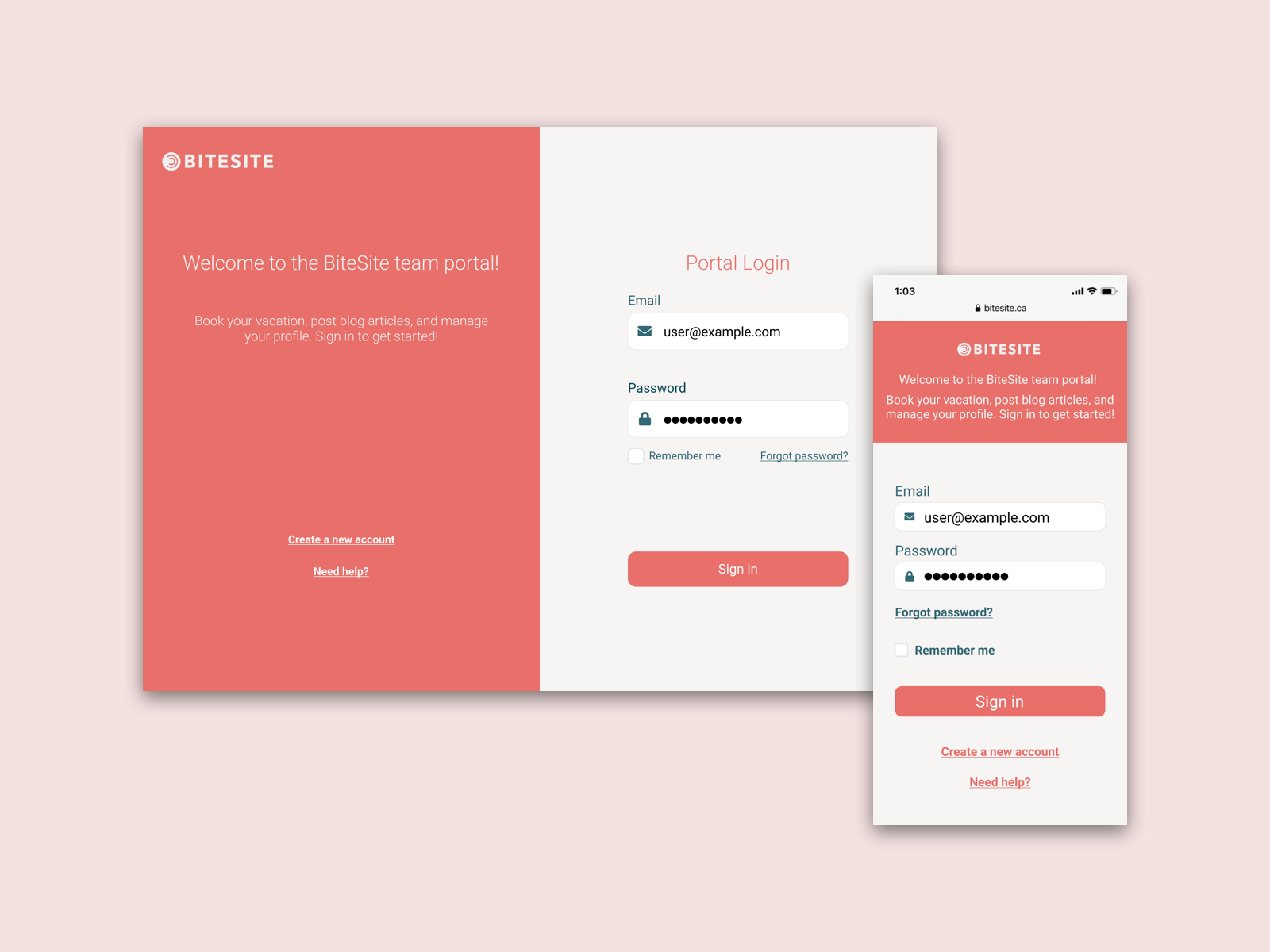 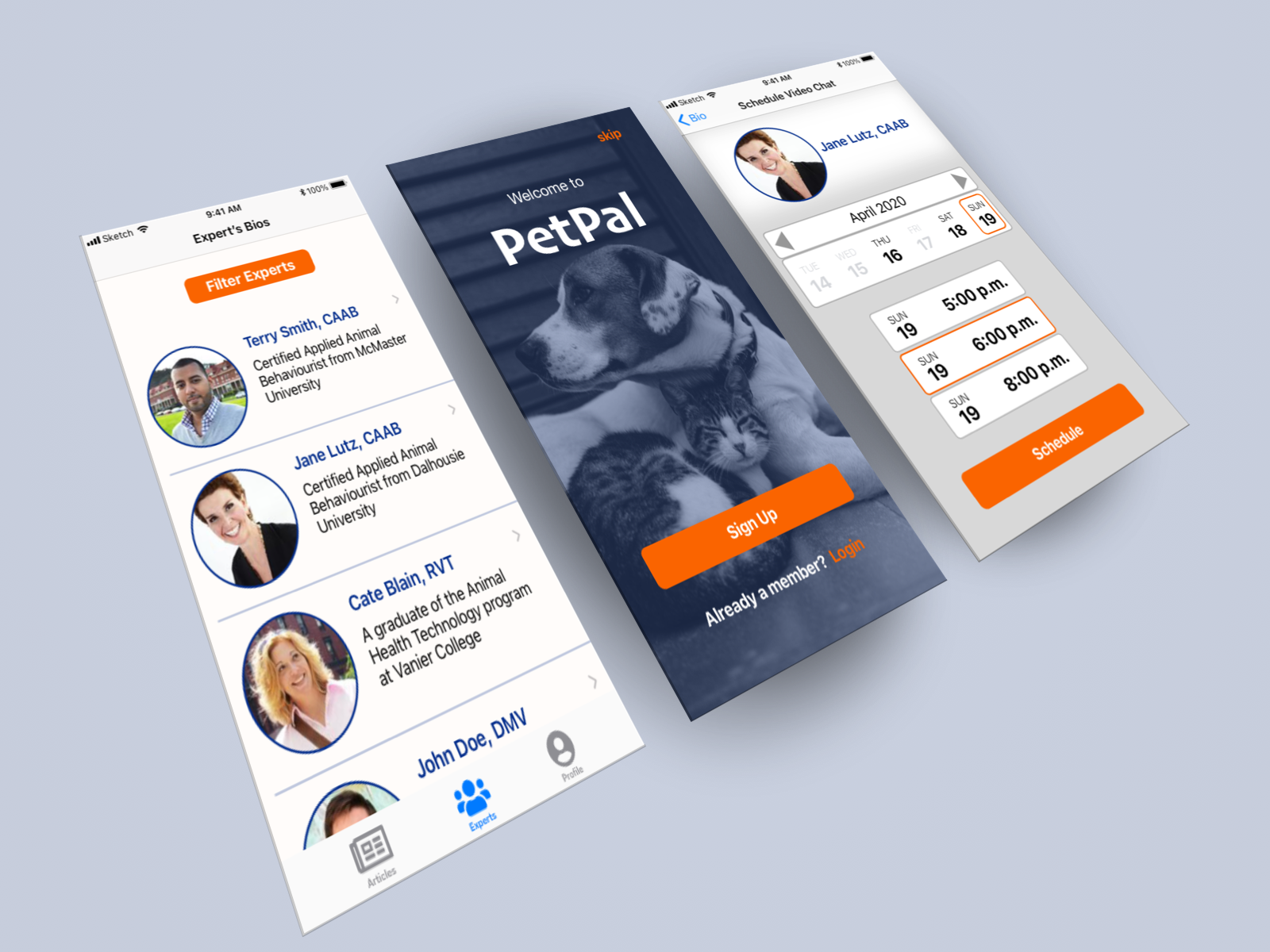 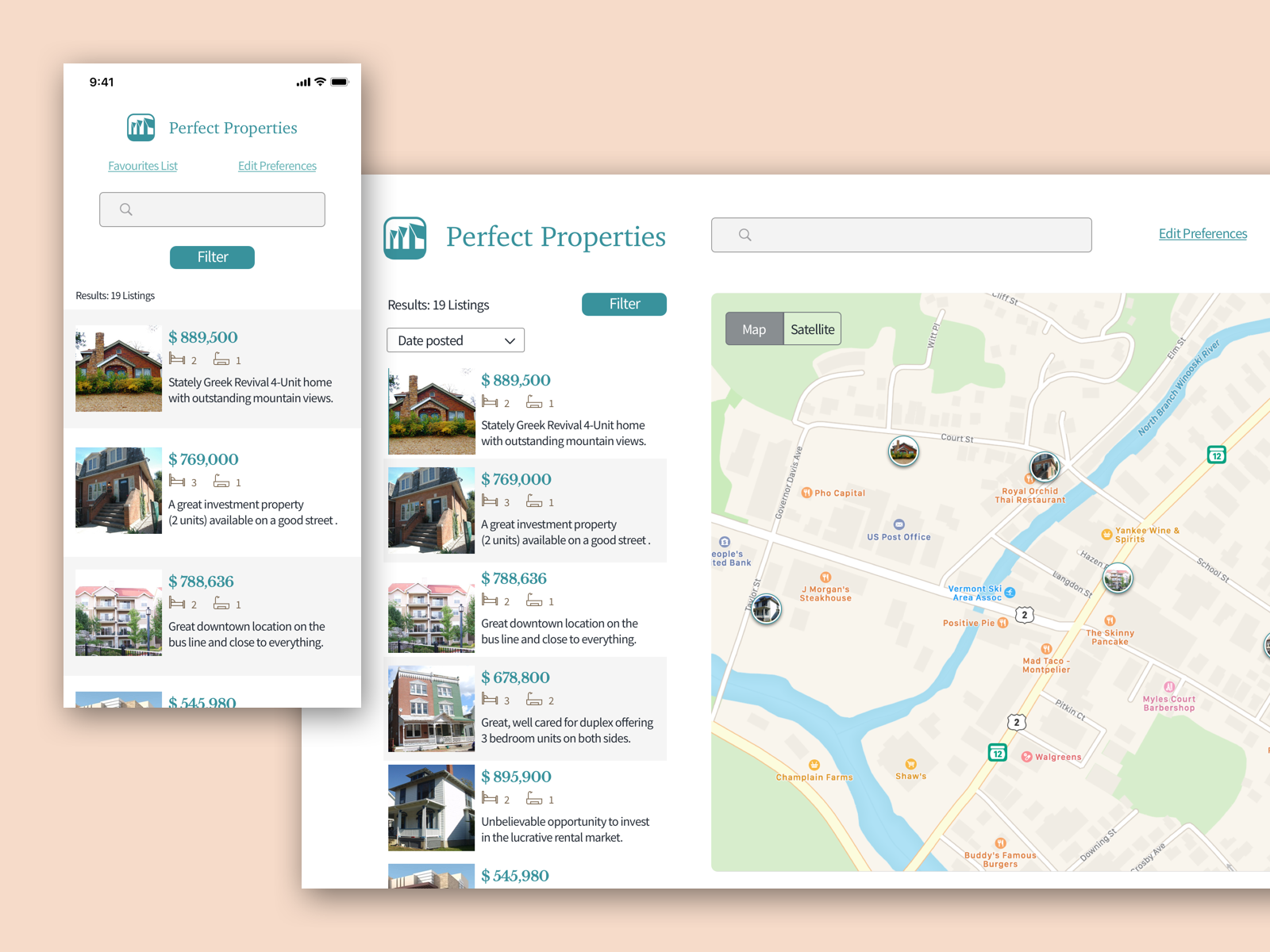